ONCE YOU GO ABY, YOU NEVER GO BACK.

The Abyssinian /æbɪˈsɪniən/ is a breed of domestic short-haired cat with a distinctive “ticked” tabby coat, in which individual hairs are banded with different colors. It is a very popular breed, in large part to their unusual intelligence, generally extroverted and very playful personalities.

The Abyssinian is one of the oldest known breeds of cats. It was initially believed that the Abyssinian originated from Ethiopia (formerly Abyssinia). However, the most recent studies by geneticists show that the Abyssinian more likely originated from the coast of the Indian Ocean and parts of Southeast Asia. The earliest identifiable Abyssinian is located in the Leiden Zoological Museum in Holland. This taxidermal exhibit shows a ruddy ticked cat purchased around 1834 -1 836 from a supplier of small wild cat exhibits. The museum labeled this specimen as “Patrie, domestica India.”

The Abyssinian Cat breed was refined in England. It is believed that its introduction to England was through the travels of colonists and merchants stopping in Calcutta. Abyssinian Cats were imported to North America in the 1930s and were the foundation of today’s North American breeding programs. 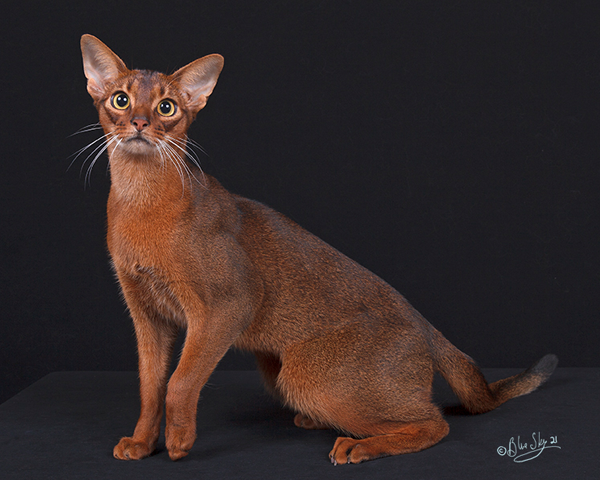 “Abyssinians want to be involved with their people. They like to supervise, offer suggestions and just overall try to be very helpful.” 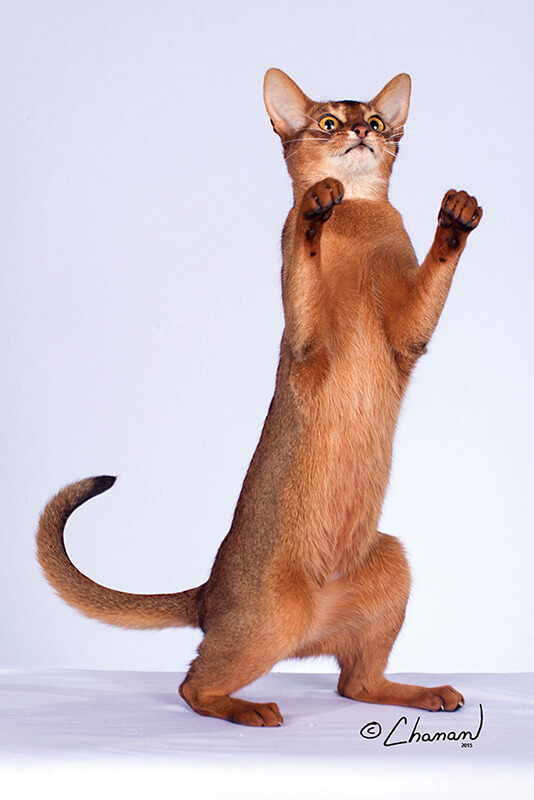